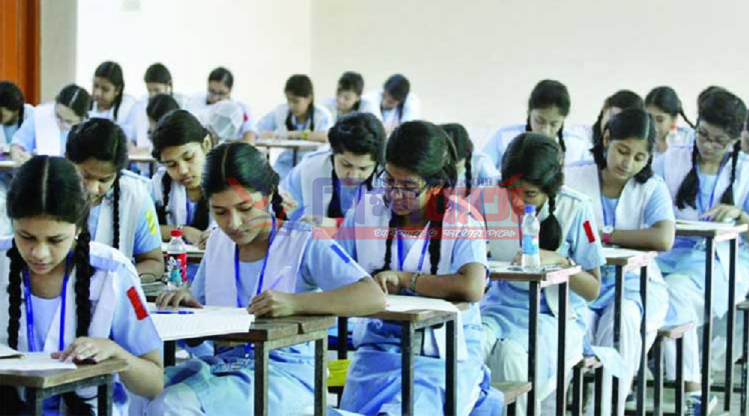 Read the following passage carefully and answer the questions No. 1 and 2

A six-year-old boy from Bangladesh is hoping to become the world’s youngest computer expert. Wasik Farhan Roopkotha turned six in January 2012. He is hoping his skills will be recognized by Microsoft and Guinness World Records. Wasik started to show a talent for computers since early childhood. Before the age of four, he mastered playing video games and typing in Microsoft Word. His mother Cynthia Farhan Risha said, “I knew he was very different since his birth. I couldn’t believe my eyes when he began computing as a serve-month-old child.”

At his local primary school, Wasik was above the average level. So, his parents decides that he should be taught at home. According to his mother, Wasik’s English is still limited. However, he has a few words to say in Bengali. “I really enjoy playing on the computer and learning new skills.” Wasik told the BBC. “My ambition is to be a computer expert at a big computer farm in the future.” Wasik is a computer-nerd. But he still enjoys mixing with other children, playing football and listening to music. However, computers are his main passion. Farhan Risha hopes that Wasik will be mentioned in Guinness World Records. They have not yet listed anyone as the youngest computer programmer in the world. Guinness World Records said, “We do not monitor such a record in our database at the moment. But Wasik’s family is welcome to make a claim on our website.”

1. Guess the meaning of the following words and choose the correct meaning closest to the text: 1×7=7

(a) How is wasik different from other kids of his age?

(b) What is Wasik’s ambition?

(c) What does Farhan Risha hope?

(d) Do you think that Wasik can reach in his goal in future? Why/Why not?

(a) Ans: Wasik is different from other kids of his age because before the age of four, he mastered playing video games and typing in Microsoft Word which is not usually seen among the other kids at that very age.

(b) Ans: Wasik’s ambition is to be a computer expert at a big computer farm in the future. He wants to do something great in the field of computer programming.

(c) Ans: Farhan Risha is Wasik’s mother. She hopes that Wasik will be mentioned in Guinness World Records because they have not yet listed anyone as the youngest computer programmer in the world.

(d) Ans: Yes, I think Wasik can reach in his goal. It is because he is devoted to his dream. And he finds interest spending time with computers specially playing on it and learning new skills. Moreover his family is also always ready to encourage him.